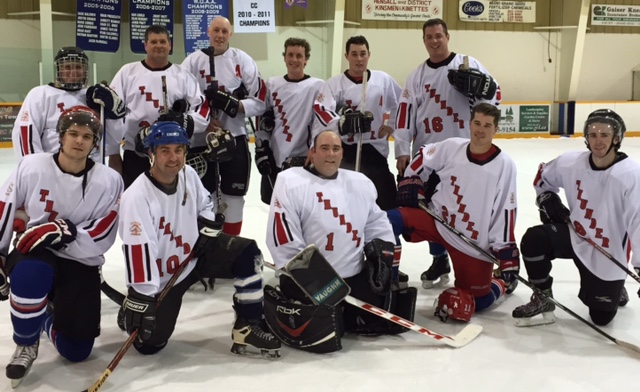 Who doesn't like a little friendly competition for a good cause?

Who doesn’t like a little friendly competition for a good cause?

A few weeks back Hay Communications, based out of Zurich,  approached us to participate in a friendly game of hockey in support of the Huron County Food Bank. We were to build a team from our staff and play Saturday, April 28th at 4pm.

This past Saturday Team TCC [plus a couple free agents we picked up last minute] hit the ice at the Hensall arena. The stands were full of family, friends and staff and the game was under way. Much to our surprise the match up was quite even however Hay took an early 1-0 lead. By the end of the second period Hay held on to their lead at 4-3. But 3 periods and 5 minutes of OT wasn’t enough to decide this game so both sides had a quick team meeting and we were off to a shootout. After a few shooters the game was decided ? Hay would win with a score of 5-4.

We would like to thank Hay for inviting us and everyone who brought generous donations to the Huron County Food Bank.

We are ready for a rematch next year!